We were lucky to witness this huge bull courting a receptive cow during the Moose Rut. The active peak of rutting season for moose is generally the first two weeks of October. Farther North in the hemisphere is earlier as South is a bit later. Moose bulls may court cows for several days during their mating season. The largest and heaviest of the Deer family can often be seen in groups during this time, with both Bulls and Cows potentially competing for mates. Moose Bulls will chase off or even fight rivals for mating rights, while cows that occupy the same area may also chase each other away from a favorite bull moose. You can hear some vocalizations between the bull and cow along with seeing some very rare behavior in these gentle giants.

How large is Jasper Alberta's Moose?

Where does the Canadian Moose Range?

We have just started looking for Moose Bulls uniting with Cows as the Moose Rut Begins. We hope you enjoy this short inroduction to this Years' Moose Rut with this Magnificent Bull! We expect to find lots of Bulls in pursuit of Cows during this amazing time over next few weeks in Canada's Rockies.

This time of year in certain locations, moose encounters are more common as the Moose Rut approaches. Here are some separate peaceful moments with a Bull and two Cows with Calves as they move along the Forest edges among one of Canada's most beautiful Valleys. 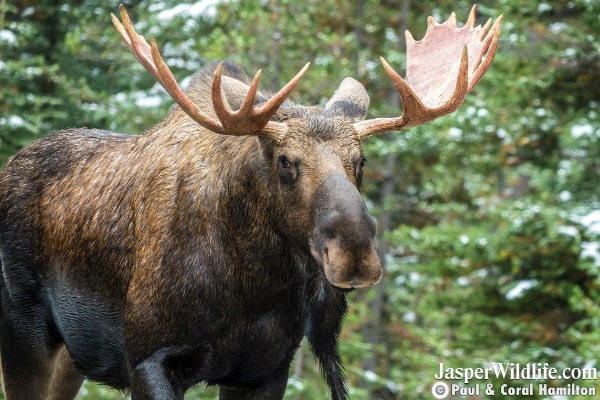 Bull Moose Become More Aggressive in September, Warming Up for Their Rutting Season

Details on moose in Jasper 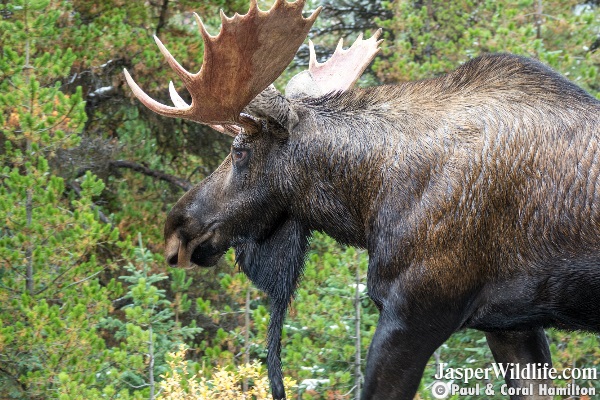 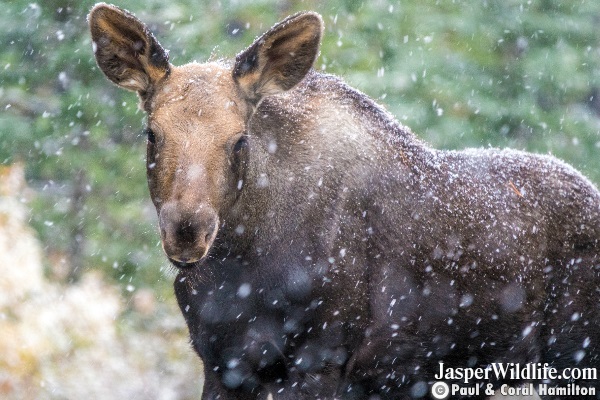 A Moose Calf Looking for it's Mother for a Short Period before Reuniting.


A Mother Moose Cow Running her Calf off During the Rut 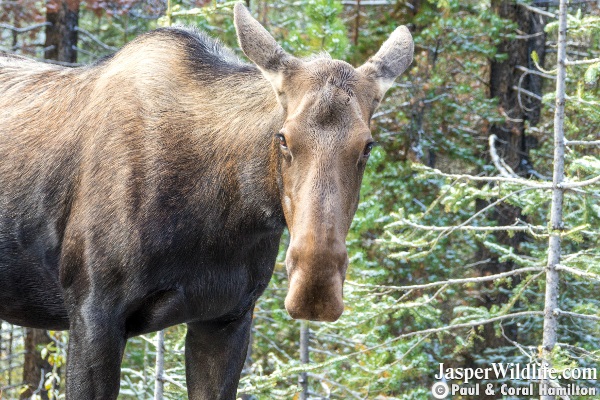 Moose Cow Nearing the Beginning of the Rutting Season in Jasper National Park. 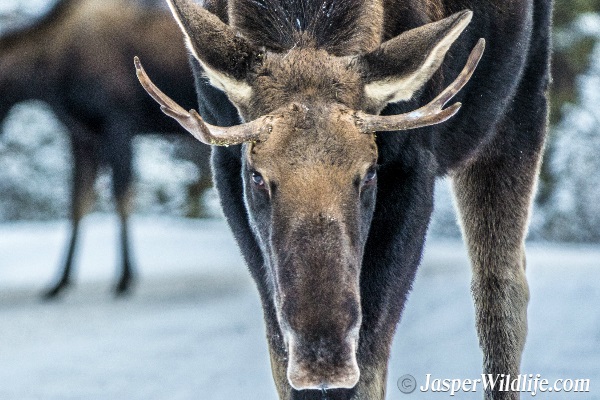 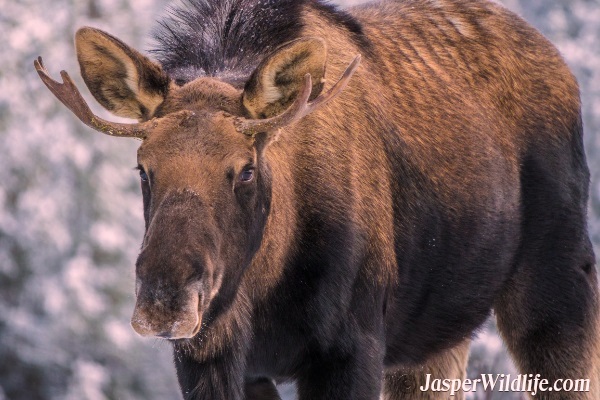 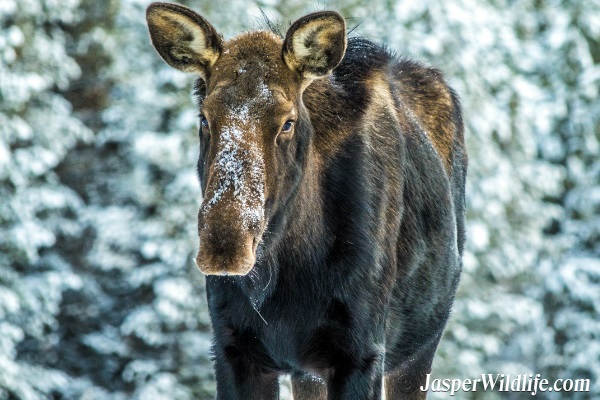 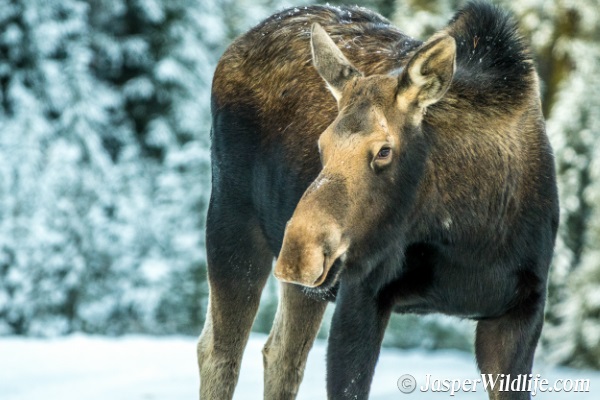 Moose eat twigs, bark, roots and the shoots of woody plants. In the warm months, moose feed on water plants, water lilies, pondweed, horsetails, bladderworts, and bur-reed. In winter, they browse on conifers and eat their needle-like leave. They require 20kg of food per day.