Where do Whitetail Deer Live? 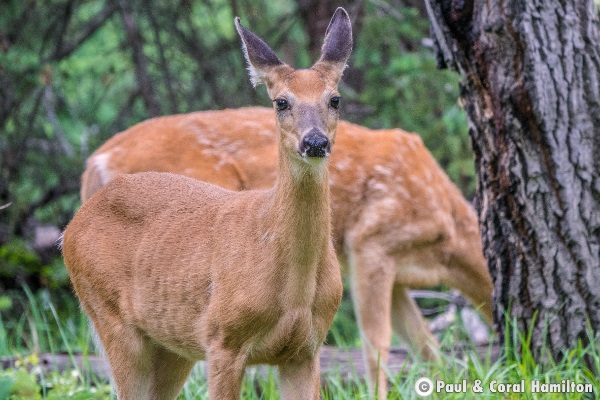 A peaceful few minutes with a healthy white-tailed deer making first tracks on a new blanket of snow in this old growth forest. A talkative Raven fills the background with his unique vocal abilities.

Whitetail deer are able to survive in a variety of terrestrial habitats, from the big woods of northern Maine to the deep saw grass and hammock swamps of Florida. They also inhabit farmlands, brushy areas and such desolate areas of the west such as the cactus and thornbrush deserts of southern Texas and Mexico. Ideal whitetail deer habitat would contain dense thickets (in which to hide and move about) and edges (which furnish food).