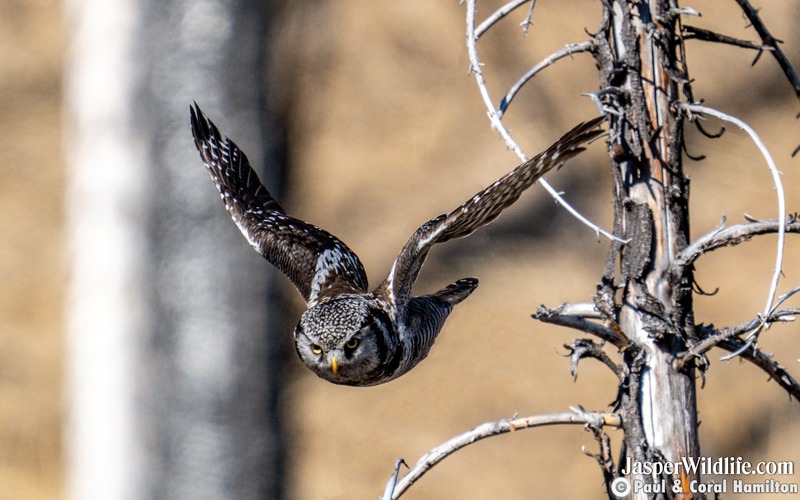 Jasper's northern hawk-owl (Surnia ulula) is a medium sized true owl of the northern latitudes. Northern Hawk-Owls do not migrate and usually stay within their breeding range.

The Northern Hawk-Owl is one of the few owls that are not nocturnal. Being active only during the day, this species is sometimes called simply the "Hawk Owl"; however, many Owl species in the genus Ninox are also called "hawk owls".

Close Look at a Northern Hawk-Owl Looking for Prey


This Canadian Rockies Northern Hawk-Owl is non-migratory and usually stays within its breeding range. It is one of the few owls that is neither nocturnal nor crepuscular, being active only during the day. Here you can see him(males are smaller) looking for prey. Due to Hawk-Owl's low density, sporadic fluctuations, and remote breeding locations, it is one of the least studied and more poorly understood birds in North America. 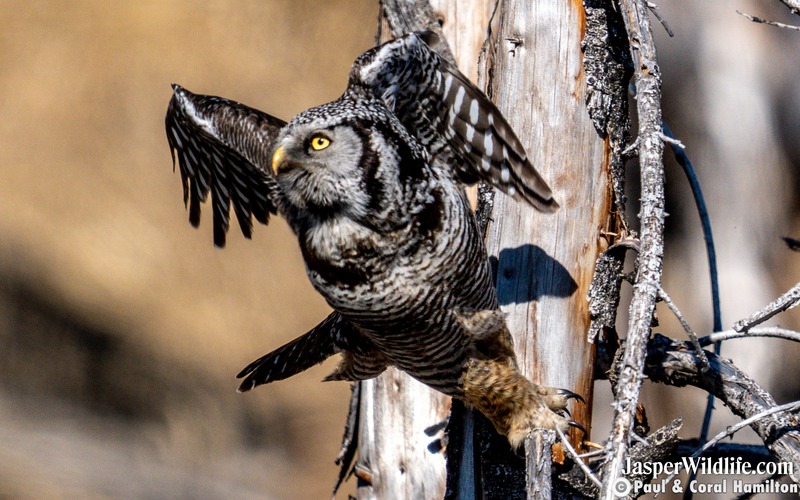 The northern hawk-owl resembles a hawk in appearance and in behavior. In North America, its appearance in flight is often considered similar to a Cooper's hawk. Northern Hawk-Owls are said to possibly fill an important diurnal niche similar to that of day hunters such as hawks. 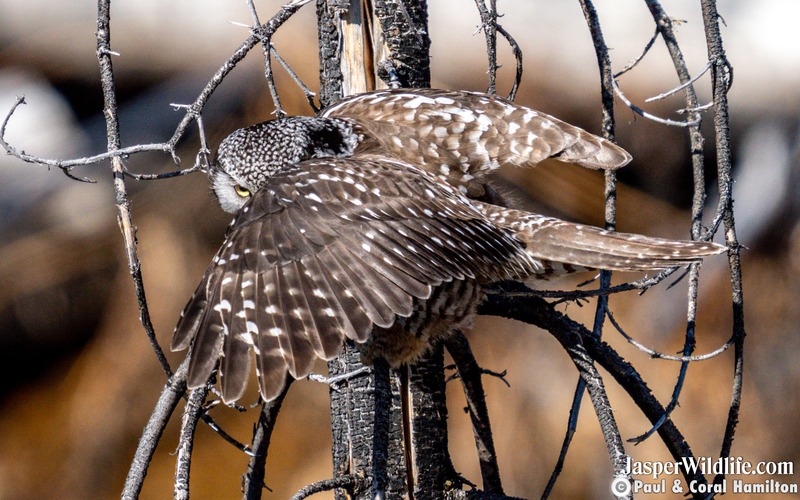 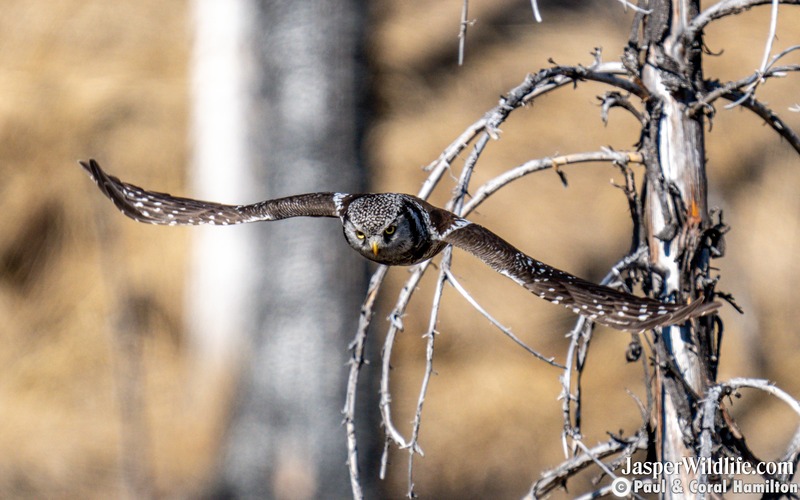 The Wingspan of the Northern Hawk Owl 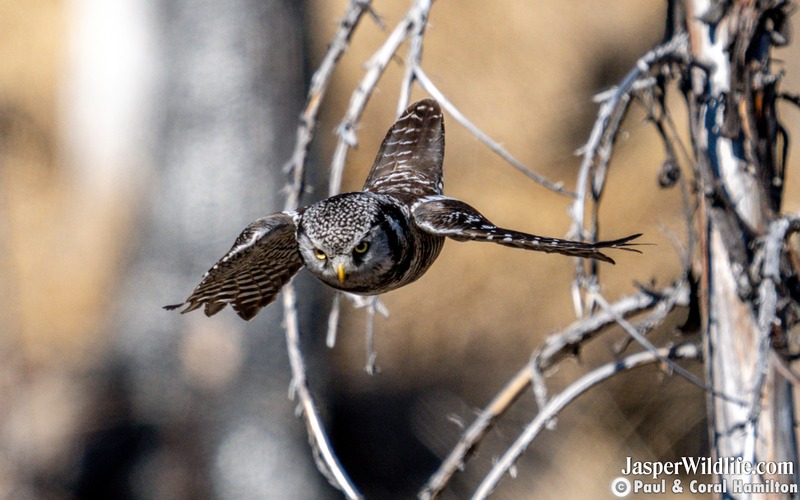 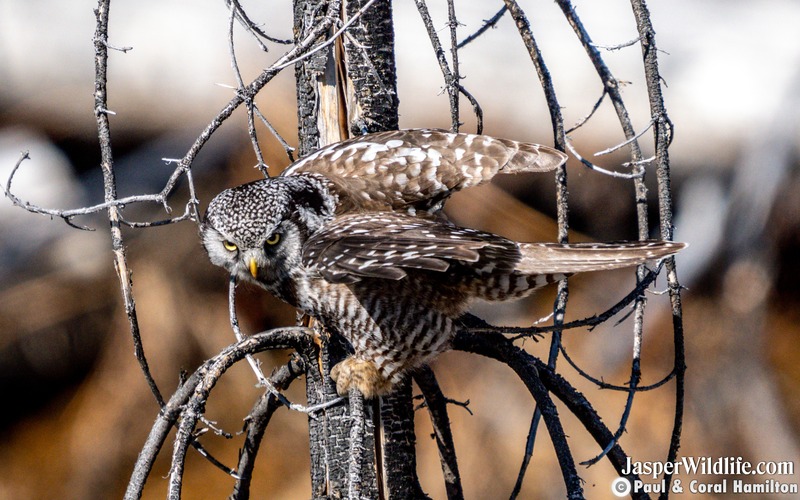 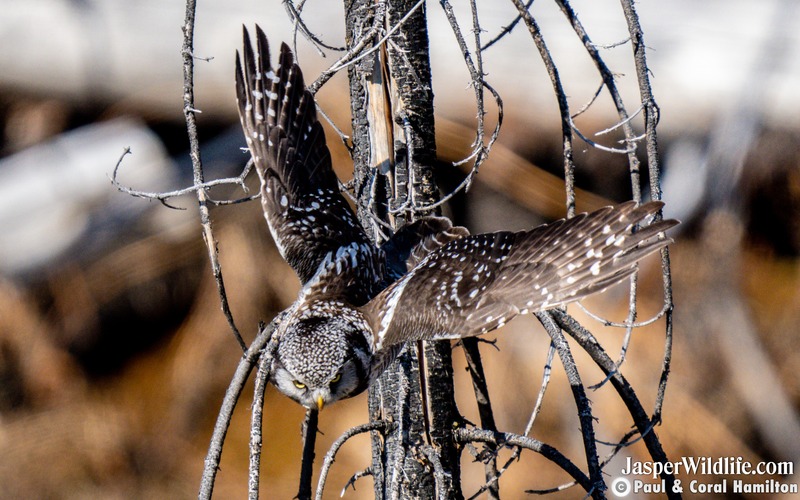 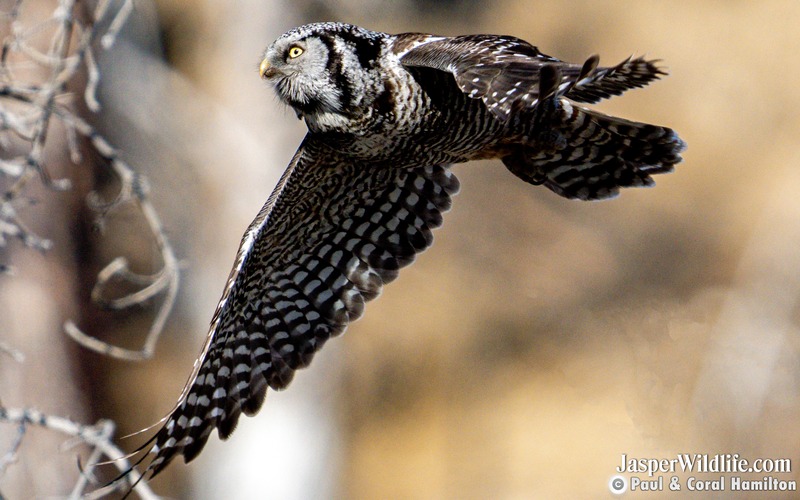 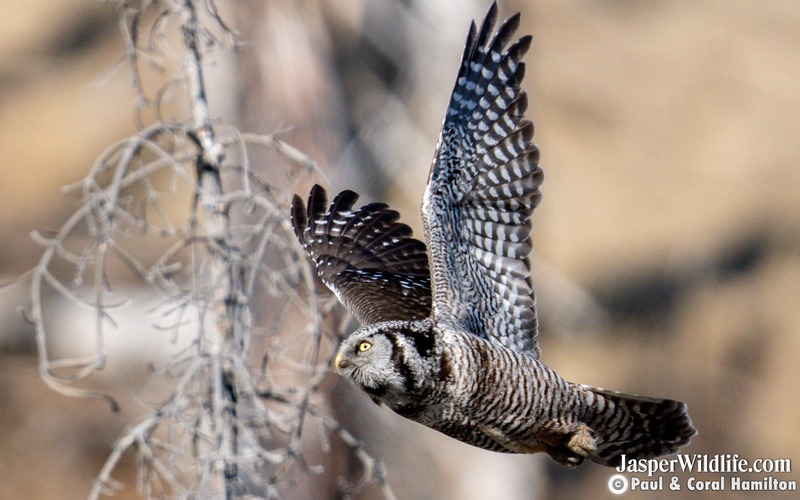 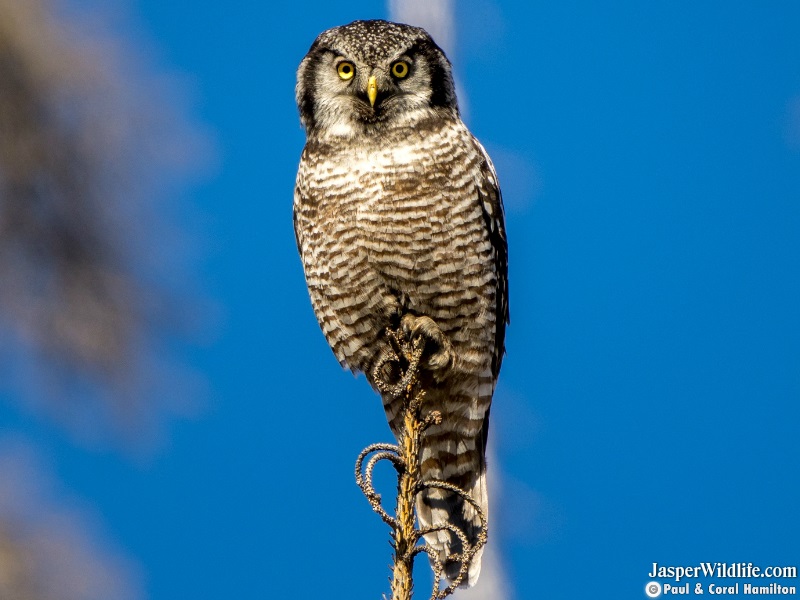 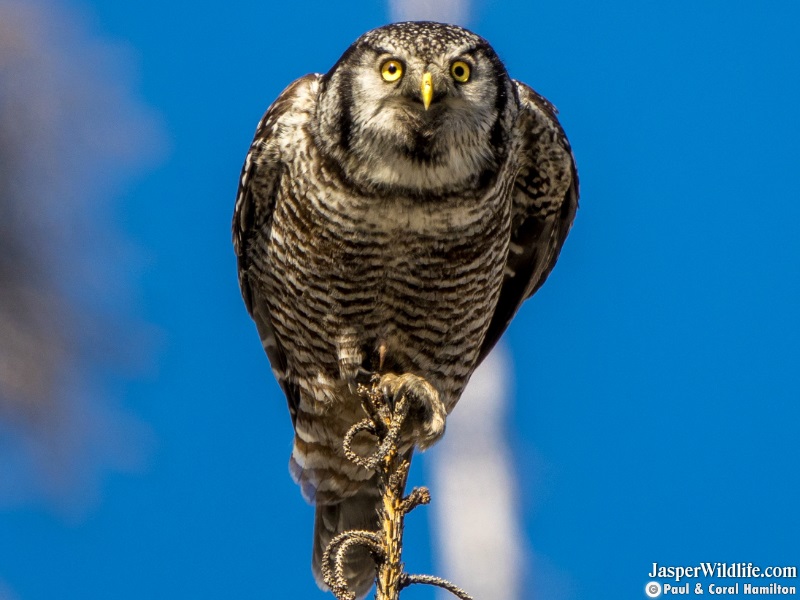 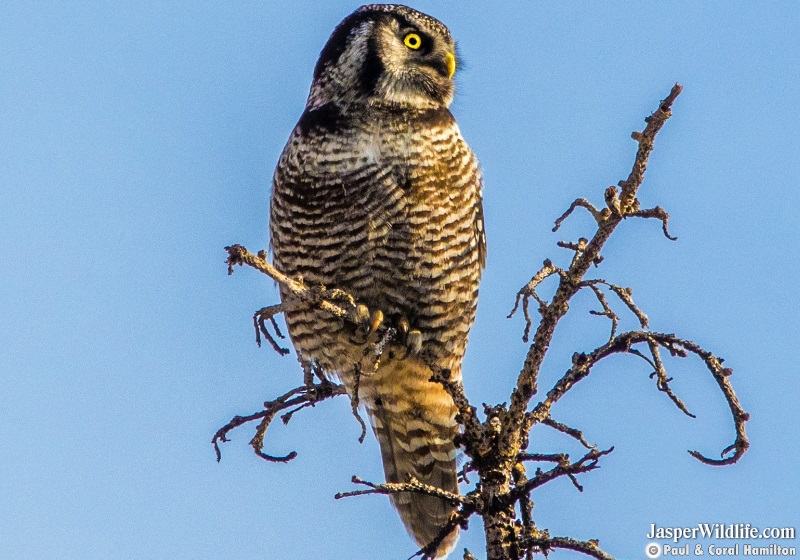 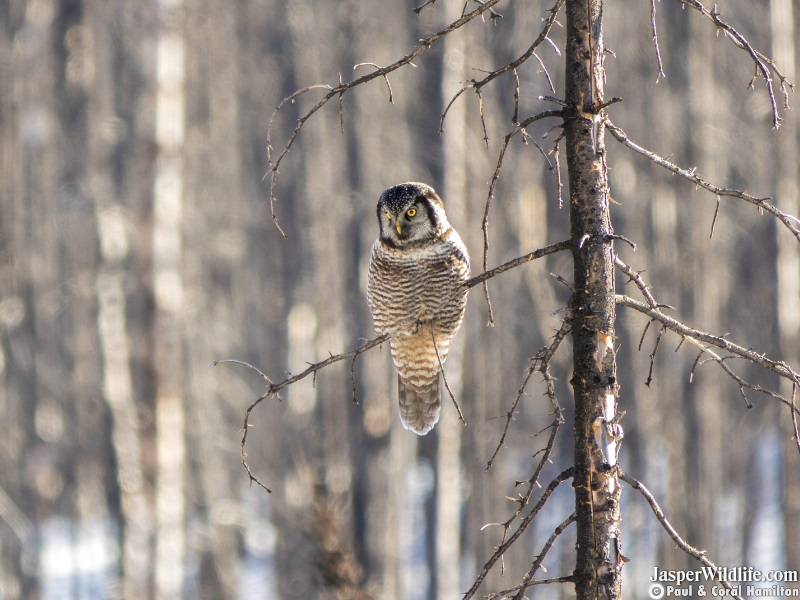